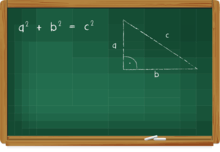 At MightyInvestor.com, our goal is to teach and model the thoughts and behavior that lead to prosperity, joy, and greater freedom.  A big part of this process is Money Math.  What's money math?  Quite simply the skills of using ninth grade algebra--both in your daily life and in investing.  These math skills, combined with the ability to think long-term and delay gratification, result in financial independence.  Let's look at money math in more detail.

Here is a very simple example.  Amazon.com randomly sent me an email the other day offering that if I bought an Amazon.com gift card for $100 they would put an extra $5 on the card.

I spent less than a minute thinking about it, then spent probably three minutes logging in and making the purchase.

Here's why I bought the card:

This is of course a borderline absurd example because we are talking about $4 in extra money.  I didn't actually do this math at the time I made the purchase.  This is just an example to illustrate money math and the thought process behind it.

Money Math Is The Money Game

Here is another way to think about this.  Let's forget about what I would have earned by keeping the money in my savings account.  In four minutes time, I earned $5.  If I could continuously earn $5 every four minutes, I would have $657,000 after one year.  Is that more than you make after taxes at your job?  If so, this transaction was well worth your time.  That's using money math to play the money game and win!

This example highlights another key point.  If, by buying the gift card, you spend more money at Amazon than you otherwise would have, all of the above math is pointless.  So it takes self-discipline.  You have to think about that gift card exactly like money in the bank or cash in your wallet.  The truth is that most people will feel compelled to spend the money more quickly than they otherwise would have.

Retrain Your Thinking And Prosper

The money math thought process becomes automatic over time.  But it does take practice to retrain your mental habits in the short term.  Once your income goes up, this approach also helps you recognize how stupid it is to spend an hour trying to save a dollar unless you have very little in savings and a very low income.

So start using money math -- and see what happens.  Get Mighty!