The Lost Art of Frugality 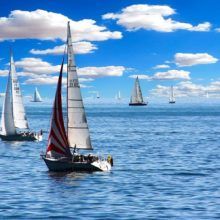 In an earlier post I wrote against the scrooge mentality.  I stand by those words.  We need to focus on earning and creating and engaging and producing.

For most of the history of the United States, most people recognized that using resources efficiently was a positive that should be admired.  My grandma, who survived the depression, but whose family almost lost their farm in the process, was legendary for doing things like putting a bit of water in the ketchup bottle when it was nearly empty--to eke out a bit more of the good stuff before tossing it away.

In the last couple of generations, that perspective has weakened.  It has weakened because: A) we have become a more wealthy society, and B) we have a media culture (built on advertising) that glorifies consumption.

I have nothing against nice stuff.  What I object to is adopting a lifestyle that keeps people needlessly stressed or locked into jobs they don't like.  Buying things they don't really care about because they think that's what people do.

That's where frugality comes in. I wrote about the book The Millionaire Next Door recently.  Indeed, the book is one of the five key books I recommend for those readers interested in financial independence or simply building a massive financial buffer that reduces stress and opens up options.  In The Millionaire Next Door, the authors highlight a couple whose company just went public in an IPO (sold the company on the stock market).  The husband says to the wife something like, "honey, we are now worth millions, you never need to worry about money again."  She responds something like, "That's nice," and continues to darn his sock that has a hole in it.

To me, that type of behavior isn't necessarily a scrooge mentality.  That's frugality.  Frugality is using your mind to simply be efficient and not wasteful.  It's a mindset (expressing values) that is quite powerful value because saving money is more tax efficient than making money (you don't pay taxes on the money you don't spend)--unlike paying taxes on earnings.

Another great book that will inspire you to live more frugally is The Overspent American, see my review here.  I love this book because it helps dehypnotize you from brand-based consumption and offers examples of people who are charting a different path.  And, don't forget my post on clever ways to project status that don't cost you a dime….

"Don't Get All Judgey"

If you become quite frugal and smart about handling money, you may want to be discreet about it.  I've found people get quite uncomfortable when you are making different decisions with your hard earned cash than the overall group.  They will start to criticize.  You tell me why they don't just let it be….

Earning and Saving, Abundance and Frugality, Yin and Yang…

I kind of chuckle at the writing we often read about the "abundance mentality."  Yes, I do think there is something profound in the points people are making.  Yes, if you think poor you probably will stay poor.  But there is more to it than that.  Frugality matters, too, even for the wealthy, if you want to actually accumulate and hold on to assets.

So trim your sails accordingly….