Do As They Do, Not As They Say 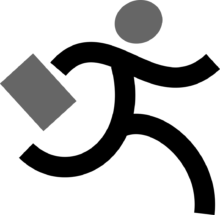 If you look closely, most of the the online personalities that advocate "early retirement" and investing for passive income did not, in fact, simply leave the workforce and pursue non-financial rewards.  They became entrepreneurs in various shapes and forms--from the solopreneur to someone outsourcing much of the work, to someone with full-time staff and a substantial business.

These folks are making money.  Why else, after all, would you put an affiliate link on your website or charge money for a book you have written.  I have no problem with this.  In fact, I think it is smart.  However, there is sometimes a disconnect between the advice (advocating building up a nest egg of X amount of dollars and then just living off of your investments) and what these folks actually do.  In fact, what they have done is to become entrepreneurs with a massive financial buffer built that allows them more autonomy and the ability to focus on what interests them.

Here are two quick examples.  One well known personal finance blogger is named Mr. Money Mustache (MMM).  He saved up several hundred thousand dollars and purchased a home he rented out in his twenties.  He says he retired at 30, though he continued to pursue the odd construction job and then eventually built his blog.

If you look closely, MMM's blog is a very intelligently constructed business.  What do I mean by this?  It is branded "Mr. Money Moustache."  It is focused.  It deals mostly with saving money, investing, and designing a life that allows early financial independence.  It has a distinctive voice--brash, optimistic, confident.  It generally doesn't dilute itself yammering about political developments, current events, sports, etc.

Mr. Money Mustache reluctantly revealed in a 2016 New Yorker article that he was netting $400,000 yearly from the blog.  What can I say?  Having $1 million saved is dwarfed by the value of an online business making $400,000 per year.  At one point, Mr. Money Mustache sold his rental house.  Though he didn't mention it, the decision to plow the proceeds from the sale of the home into the market was almost certainly influenced by the fact that the blog was making so much money.   Who wants to deal with renters when you are pulling in 400 grand from a blog?  If you read carefully, MMM doesn't claim to not be working and earning additional funds.  However, in my opinion, the overall impression conveyed by the blog is one of retirement, not vigorous entrepreneurship.

Derek Foster is a Canadian investor who "retired" at 34.  Derek is an astute investor who focuses on buying quality, growing dividend stocks.  However, Derek has also become a bestselling author in Canada.  Like Mr. Money Mustache, I really like Derek's perspective, and Derek's books provide real value.  However, it is important to understand that Derek's writing as an author likely has substantially increased his overall wealth.  Book royalties are a crucial component of Derek's personal finances.

I use both of these great writers as examples of what is a more realistic path for anyone seeking a life with greater autonomy and financial independence.  Yes, maybe they take a year off and travel or just rest--which is great--but they aren't just riding off into the sunset.  They are creating.

Do As They Do, Not As They Say

This is the more realistic approach, though it doesn't sell as well as the dream of a life of "passive income."