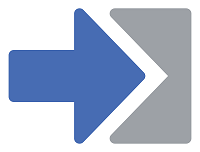 I hit bare bones financial independence at 42. I kept working for an extra year because the work was super interesting, and I wanted some financial breathing space. But when I hit the FI threshold, I have to admit that work took on a more lighthearted character. The bosses were less annoying, the long hours seemed optional (though I did them still), and the game itself had an almost whimsical quality. The biggest challenge was showing bosses their due respect even though everything just didn't seem so serious anymore.

I'm not an investing genius, but I do have the ability to think long-term and work towards goals. You can, too. Here's how I got there.

Start investing as soon as possible.* I mean like in your teens. If you are no longer that young, that’s ok. Just get started wherever you are. I opened my first IRA at 19, and have never missed a year of maximum contributions since.

Start with a small amount, but something that is meaningful to you. You could invest as little as $50 at Vanguard in an ETF. Yes, the account fees (about $20 per year, plus commission costs) don’t make sense at that amount, but this is about education. I do suggest you go with Vanguard as the firm is probably the most ethical in the industry.

Begin with an index mutual fund or ETF. Either will work. ETFs have slightly lower costs, but be careful because investing in ETFs (which can be bought and sold all day long like stocks) can lead to a mindset of quick trades in and out–a mug’s game. I recommend you start with the Vanguard Total Stock Market Index Fund or ETF. If you are investing more than $10,000, be sure to get the “admiral shares” version of the mutual fund with slightly lower expenses. It’s important to get experience investing through full market cycles (bull and bear markets) as soon as possible while you don’t yet have a lot of money in the market. Once you have invested through two full market cycles you will have a decent amount of experience and a much better understanding of your own personal psychology. Read this book to master the core ideas of index investing as soon as possible.

If you are young and have earned any money during the year, make this investment in a Roth IRA account.

Real estate investing is another great place to start your investment path. Go small until you know what you are doing. (See more thoughts on real estate below.)

*If you have credit card debt, pay that off before you begin investing. Also, get yourself a minimum of three months living expenses saved and set aside before you start investing. It is stupid and can be very expensive to live life on the ragged edge.

Step #2: Live With Your Parents In Your Early-To-Mid 20s

I know. I know. This isn't glamorous. In American culture, it's even a little embarrassing. But it's eminently practical. And whose cooler really? The person who spent 12 months at mom and dad's, saved like mad, and bought their first home at 24, or the person who moved out immediately and rented for the next ten years?

I lived with my parents a couple of times in my 20s and plowed the funds into savings and the stock market. This was a crucial jumpstart to my financial life. I was earning maybe $20,000 or $30,000 per year at the start of my career, but I still piled up the cash.

I still traveled a ton and had a sweet life. Just cleverly. For example, my then-girlfriend and I spent nine weeks in New Zealand. We traveled all over both the north and south island. We camped and stayed in youth hostels, and I never spent more than $10 per night for lodging the entire time. We bought a junker car for $150 and sold it at the end of our trip for $200.

Note, if you live with your parents, but don't get a job or save any money, you aren't being strategic. You are being a slacker. There's a big difference.

Step #3: Work As An Expatriate

Have you ever thought about working as an expatriate? Probably the key move that I made to achieve Financial Independence at 41 was living abroad and having very limited expenses for ten years. This accelerated everything.

From age 30 through 42, I had free housing and utilities for nine of those twelve years. That is a massive shot in the financial arm if play your cards right.

Working as an expatriate is also a phenomenal way to gain exposure to other cultures as well because you are living and working among locals--not just floating through for a few weeks or even months. The expat life can be phenomenal for kids--learning a new language, being forced to make new friends, and absorbing the pros and cons or one's native culture. However, I will warn you that living as an expat for many many many years and frequently moving can have big downsides for kids--including leading to a sense of rootlessness. So keep that in mind.

One of my favorite financial writers is a professional Canadian investor named Derek Foster. Derek built most of his investment grubstake simply by teaching English abroad in Seoul, Korea, where he also met his future wife.

Step #4: Buy Used Cars and Hold On To Them For A Long Time

So this one is pretty darn simple. Unless you are quite wealthy--as in into the seven figures of liquid net worth--buy a used car.

This has to be one of the easiest and smartest ways to massively jumpstart and accelerate your financial future. Even if you are a car person, I suggest you still buy a used car. You can just buy fancier used cars (if you must).

The Math Behind Buying Used Cars Is Amazing

If you buy used cars consistently, you will wind up with hundreds of thousands of extra dollars in your life after a couple of decades.

Say you buy a used car for $10,000 rather than buying a new car for $50,000. This might sound like a dramatic difference, but I see people all around my neighborhood (which is a normal neighborhood) driving $50,000 cars. I can guarantee you that about 90 percent of these super fancy cars were financed.

How many months of work does it take you actually to save, after taxes, $40,000. For anyone not making above $500,000 per year, this is a meaningful amount of money. Where else can you make a tweak to your lifestyle that boosts you financially so quickly for so little loss?

Using this calcu﻿﻿lato﻿﻿r, we can quickly figure out that $40,000 compounded at 7% (assuming the savings was invested and earns a decent rate of return) for 25 years yields $217,097.31. And for someone who buys a new car every few years to shift over to holding onto a used car for ten years or so, the math would skyrocket even higher over 25 years--to well above $500,000 in savings. I suggest you put as much of the savings in an IRA if you are going to invest it in the market so that you minimize taxes on the growth. How many kids could you get through college with that money?

The key reason people don't want to buy used cars is status. Somehow we have gotten into the habit of signaling our success in life based on the fanciness of our cars. Honestly, this is pretty hilarious if you think about it. It's just steel, plastic, and leather…. If that's your thing, have at it! For the rest of us, we are going to build such a massive financial buffer that we have way more flexibility in our lives.

If you feel that your social circles won't allow you to get a fairly modest used car, then at least buy whatever you are going to buy a couple of years old with low mileage. No one will know the difference. And I encourage you to think hard about whether you really need to conform. My sister lives and works in an affluent area. Her colleagues are driving Teslas, Range Rovers, etc. She is driving a 15-year-old Honda Accord (it looks and runs great). She takes a lot of flak from her colleagues about her car, but she holds the line. Oh yeah, she could probably retire right now and never work again if she wanted. Wonder what her colleagues' finances look like….

I don't know if you are the same way, but I actually find owning new cars sort of stressful. For those first few months, I'm sort of worried about scratches and dings or little spills inside the car. When I buy used cars, even those in quite good condition, I'm way more mellow about this and just use the car for what it is--a useful tool. So buying used may actually cause less angst in your life.

Oh, yeah, keep that car you buy for a long-time. Like eight or more years….

Step #5: Don’t Try to Purchase Status - Or At Least Be Clever About It

The urge to signify success and attractiveness is quite human and normal, in my opinion. Yes, people can blow it way out of proportion and become obsessed with their Instagram accounts--modern day incarnations of Narc﻿issus, mesmerized and trapped by our own reflections. But I'm not talking about that. I'm talking about just being cool and successful and someone people admire and want to hang with.

The problem with purchasing status is simple: it will slow down the speed with which you accumulate assets, build an emergency fund, then a financial buffer, then the life of your dreams. Not good.

Strategies to Help You Project Status While Building True Wealth

For your purposes, the key is to avoid trying to purchase status and coolness. It's just going to slow down your financial success way too much…..

A crucial skill as one works towards financial independence is identifying and avoiding bubbles. Spotting bubbles is not as easy as one might imagine, but here are a couple of indicators I have noticed over the years:

Massive hype around an emerging technology that is reshaping society. Yes, the changes wrought by such a technology will likely be real. Nevertheless, the stock of any particular company may collapse during the process.

Acquaintances with only passing interest in technology or investing become irrationally excited about the trend.

The press trumpets the technology and companies as earth shaking; the press sees no end to the trend (whatever it is). (The press is in reverse mode when certain sectors or commodities collapse.)

There is a book that will help you learn to spot bubbles. Charles Mackay’s Extraordinary ﻿Popular Delusions and the Madness of Crowds explores speculative manias that transfix entire societies.

Did you notice something that was missing? Real estate. Yep, I have never owned my own home or condo. In fact, the longest I've lived anywhere since I graduated from college was Croatia--for three years. I was just moving too fast to purchase real estate and then try to deal with managing renters when I moved thousands of miles away. The great thing is that you could easily substitute real estate for one or more of the above moves. In particular, you could substitute being savvy about real estate for being an expat (which is not going to be a common choice). If so, I suggest buying as large an apartment building as you can pull off as soon as possible and manage it yourself initially. Or, buy a house and the have roommates. Or, buy a triplex unit, live in one, and rent out the other two.

So there you have it. The six key steps that allowed me to "retire" at 42. I was frugal, but not nightmar﻿﻿ishly so. It's also crucial to stay healthy and avoid debt like the plague.