The Brazilian, The Ferrari, and Dr. Ruth 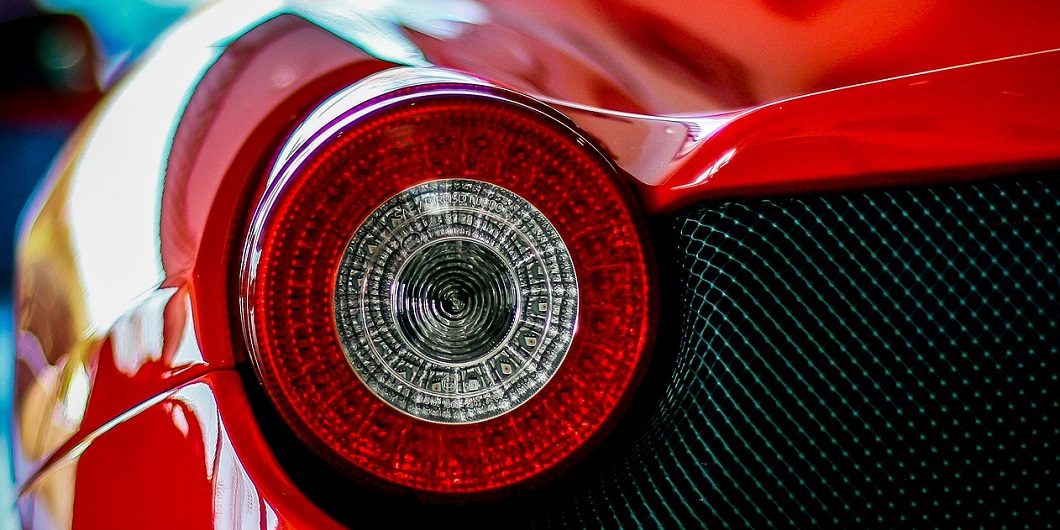 I’ll never forget that night.  I was in Miami for a trade conference.  My buddy John was posted to our embassy in Port-au-Prince, Haiti.  I was posted to Kingston, Jamaica. And here we were, enjoying a welcome respite back in the United States after many months advancing U.S. interests in the Caribbean ;).

John suggested we meet at a hip bistro/bar around 9:00 pm for a late dinner.  He said he’d bring a few friends along as well and we’d eventually go clubbing.  I’m not much of a clubber, but - hey - when in Miami….

I guess John’s a man for understatement.  He showed up in a cherry red Ferrari driven by a Brazilian woman in her early thirties named Daniela.  She had tremendous presence.  Everyone noticed as she walked in.  Was it the clothes?  The Ferrari she drove?  Or the blond hair?  I guess we’ll never know.

I ended up chatting with Daniela for most of the evening.  This was my first encounter with a mindset way beyond anything I had encountered growing up in the suburbs of Denver.

Daniela was the daughter of a timber magnate in Brazil.  A big-time magnate. Like oligarch magnate. She now worked in Miami as an immigration attorney, and had been married and divorced three times.  Gulp. To be honest, these biographical details did not impress me that much, but I found her mindset fascinating.

“We’re Not In Kansas Anymore, Toto”

At one point during dinner, I glanced across the room and noticed Dr. Ruth Westheimer having dinner with a friend.  With a chuckle, I quietly pointed out to our group that Dr. Ruth was in the house.  I mean seriously.  Dr. Ruth?  She almost seemed like a caricature on TV in those days.  Dispensing incredibly frank advice about all our sex lives.  In detail.  Great, graphic detail.

The Brazilian?  She got up, walked over, and introduced herself to Dr. Ruth.  No big deal. “Hi, Dr. Ruth. I’m Daniela. How are you doing?” They had a nice chat, and that was that. Daniela strolled back over and finished dinner with us.

At the end of the meal, we got up to head from dinner to our first club.  And that’s when my friend John dropped a magnanimity bomb. “Tom,” he said.  “Why don’t you join Dani in the Ferrari on the way to the club.”  Wow.  John.  A true friend.

As we rode from one club to another, the Ferrari jerked and rumbled like a Formula One car that got lost somewhere along the way.  At each club we visited, Dani would just park on the side of the street -- right in front of the entrance -- and the bouncers would whisk us straight inside.  I don’t know if they knew her or just respected the supercar.

And this brings me to the heart of this post.  At one point around 2:00 am, I had gotten to know Dani fairly well.  I asked her what it was like to own a Ferrari.  I’ll never forget her response:

“It is much more relaxing.  No one competes with you when you own a Ferrari.”

I had no idea what she meant.  “No one competes with you?  What do you mean?”

“I used to own a top-of-the-line BMW,” she said.  “With the Beemer, everyone resented me.  Especially women.  I got dirty looks constantly.  It was close enough to their world that they saw me as competition, and they didn’t like me….  But with the Ferrari, everyone is just like, ‘Wow!’  And they smile.  You are like a movie star or a superhero.  They don’t compete or relate.  They have fun with it.”

We rolled along silently for a bit in the Ferrari.  I was gobsmacked.  What a fascinating insight into human psychology.

Where Are You In The Economic Food Chain? What Do You Resent? Why?

I’ve often thought about Dani’s comment in the years since.  I still don’t know if I fully understand what dynamic was at play when she moved from a Beemer to a supercar.  But I do know that the shift of those around her from resentment to fun had to do with mindset.

First, where are we in the economic (and social) food chain?  How do we relate to the world of money, and what do we expect?  Whom do we compare ourselves to?  Once Dani moved into a Ferrari, people just assumed she was waaaaay up the food chain and not someone to compare themselves to.

Similarly, what scale are we comfortable operating at in life?  Why do we resent our best friend’s slightly greater success than our own, but just smile and gawk and revel in the “lifestyles of the rich and famous?”  It's a matter of scale and what we can relate to.

I don’t have all the answers to these questions, but they are worth pondering.  What's your mindset?  What and whom do you resent?  Why?